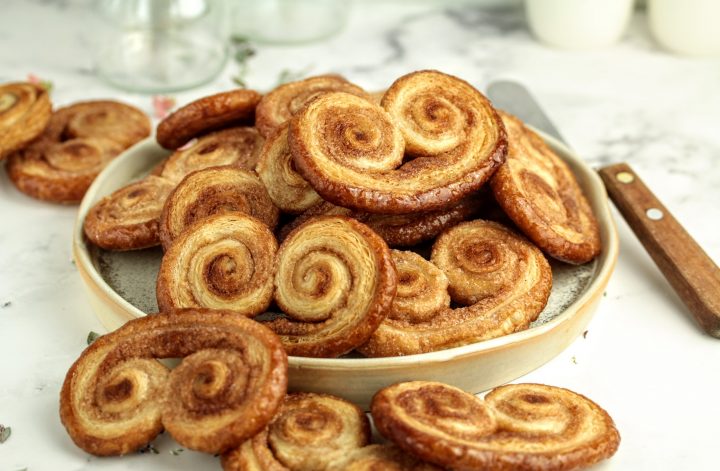 These palmiers are so easy and fun to make. If you have never attempted making puff pastry, now is the time. Of course you can use the store bought frozen puff, they’ll be equally delicious. But, really give homemade pastry a try…it is worth all the trouble and time.

This is a small batch recipe which will yield about 15-20 palmiers. Most of my recipes are small batch, as I am baking/cooking for two people unless I am planning on freezing some for later. This is the same puff I use to make Portuguese custard tarts.

Do not try to cut down on the sugar, as it is the amount of sugar that makes these so unique. If you don’t like cinnamon (just in case!) use plain sugar.
Also you can add other fillings. Try adding a thin layer of jam to the inside along with sugar. You can even use a bit of coco powder with sugar to give a light hint of chocolate.
Once these are baked and cooled, you can dip them in melted chocolate too.

If you are using store bought frozen puff sheets, let the puff thaw in the fridge for 8-12 hours prior to starting this recipe. If you are making your own puff, it is best to start a day earlier so your pastry has plenty of time to rest before being formed in to Palmiers.

With all of that sorted out, lets get started!

Roll out the chilled puff dough to about 20cm by 25cm rectangle. Thickness around 2-3 mm. Wrap and let the dough chill for about 30 minuets (or over night)

If using store bought, you can use the sheet as is.

Melt some butter and leave it to cool. Never brush pastry with warm butter!

Take the rested(chilled) dough out and apply a very light coating of butter.

Sprinkle generously with cinnamon sugar and gently roll out to stick the sugar.

Flip the dough over and butter the other side too

Starting from the two shorter ends, roll towards the center. Try to get the two rolls to the same size or the Plamiers won’t be symmetrical 🙂 Not a big issue, just aesthetics!

Try not to leave gaps when rolling. And don’t put too much pressure, it doesn’t have to be tight but snug.

Once done, loosely wrap and refrigerate for 30 minutes
Preheat the oven in the meantime to 425°F

When the oven is ready, bring the pastry out and using a sharp knife, cut 1/4 inch slices

Thicker slices will give thicker Palmiers. Thinner ones are better as they bake faster and better.

Place them on a prepared tray leaving enough space around. Bake for 10-12 minutes or until golden brown. Flip the Palmiers over using a spatula and back for a further 2-3 minutes. Both sides should be evenly browned.

Once done, Leave the tray on a wire rack to cool slightly.

Remove the Palmiers from the tray and place directly on a wire rack to cool completely.

They are a bit soft while still warm, but will crisp up as they cool.

Once fully cooled, you can store them in an air tight container. 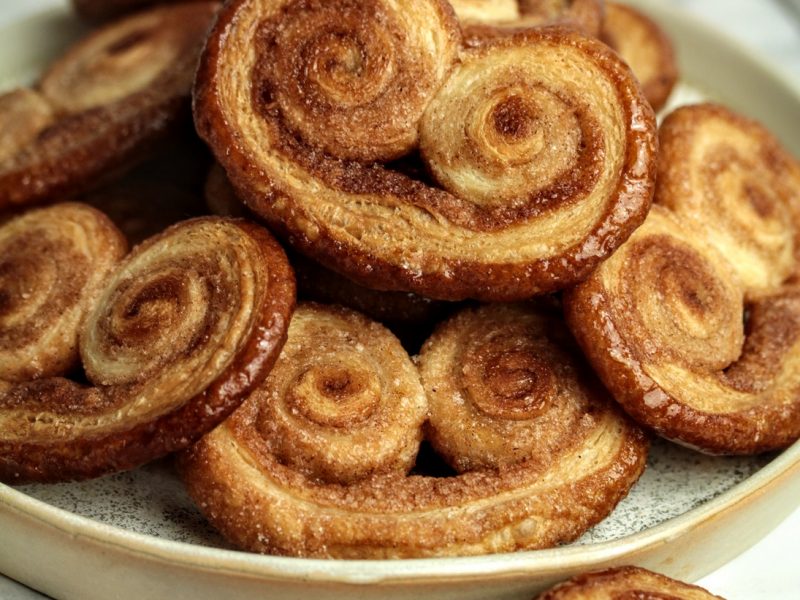 Baking time may vary depending on your oven. So always keep an eye and check at 8 minutes mark to see how they are doing. 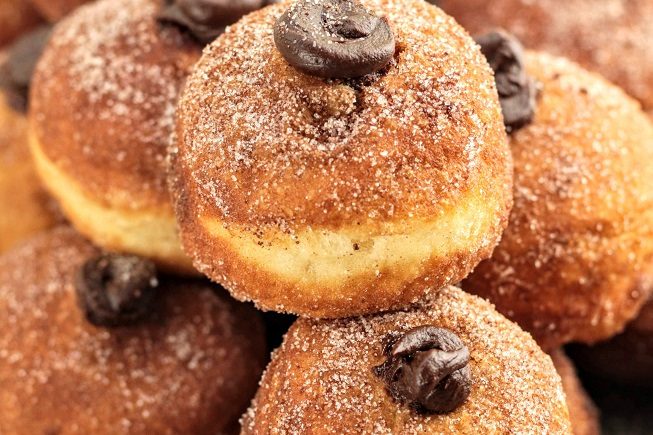 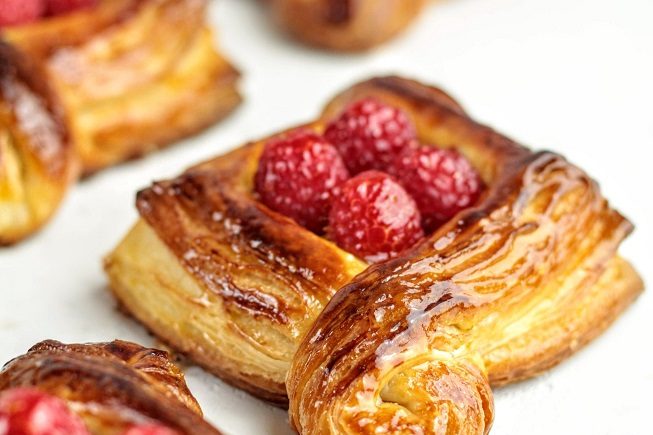 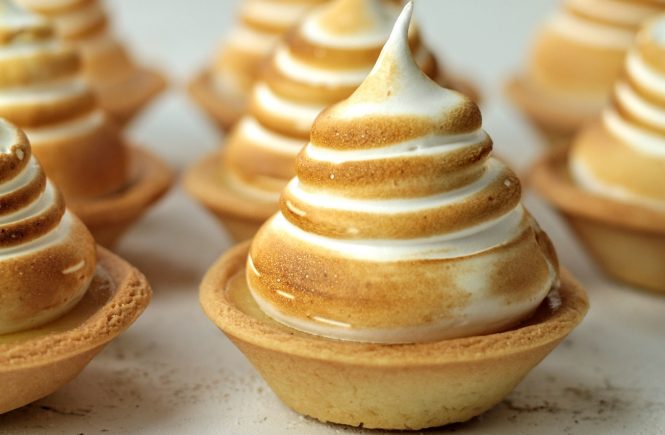 I'm Vindi, the baking fanatic behind this blog. Join me in my journey as I try to bake the world a better place, one loaf at a time! 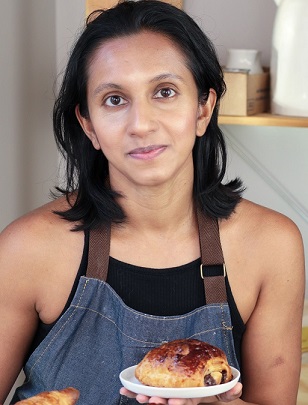 I’m partnering with @kimbulakitchen for this gre

HOMEMADE HOT-CROSS BUNS!!! These are NOT sourdough

It’s a portuguese custard tart and a strong blac

SPEC ⬇️ 📝 Here’s the details of the bread

WOOD APPLE JAM STAR BREAD!!! Another one of my yea